ScalaTest/Scalactic 3.2.0 (for Scala 2.10, 2.11, 2.12, and 2.13; on the JVM, JavaScript, native, and Dotty) includes the enhancements and bug fixes listed below. No source code using ScalaTest/Scalactic 3.1.2 should break, so long as you fix all deprecation warnings prior to upgrading, but this release is not binary compatible with 3.1.2.

If you upgrade to 3.2.0 by changing 3.1.2 to 3.2.0 in your build, everything should work exactly the same as before after a recompile, provided you remove all deprecation warnings under 3.1.2 prior to upgrading. In 3.2.0, we are releasing the same artifacts as before, and they contain the same software, even though behind the scenes they are composed of more artifacts in 3.2.0. In 3.1.0, we moved third-party dependencies of ScalaTest to their own artifacts, so we could evolve them independently to match both ScalaTest and the third-party dependencies. This organization of artifacts is shown in the following diagram: 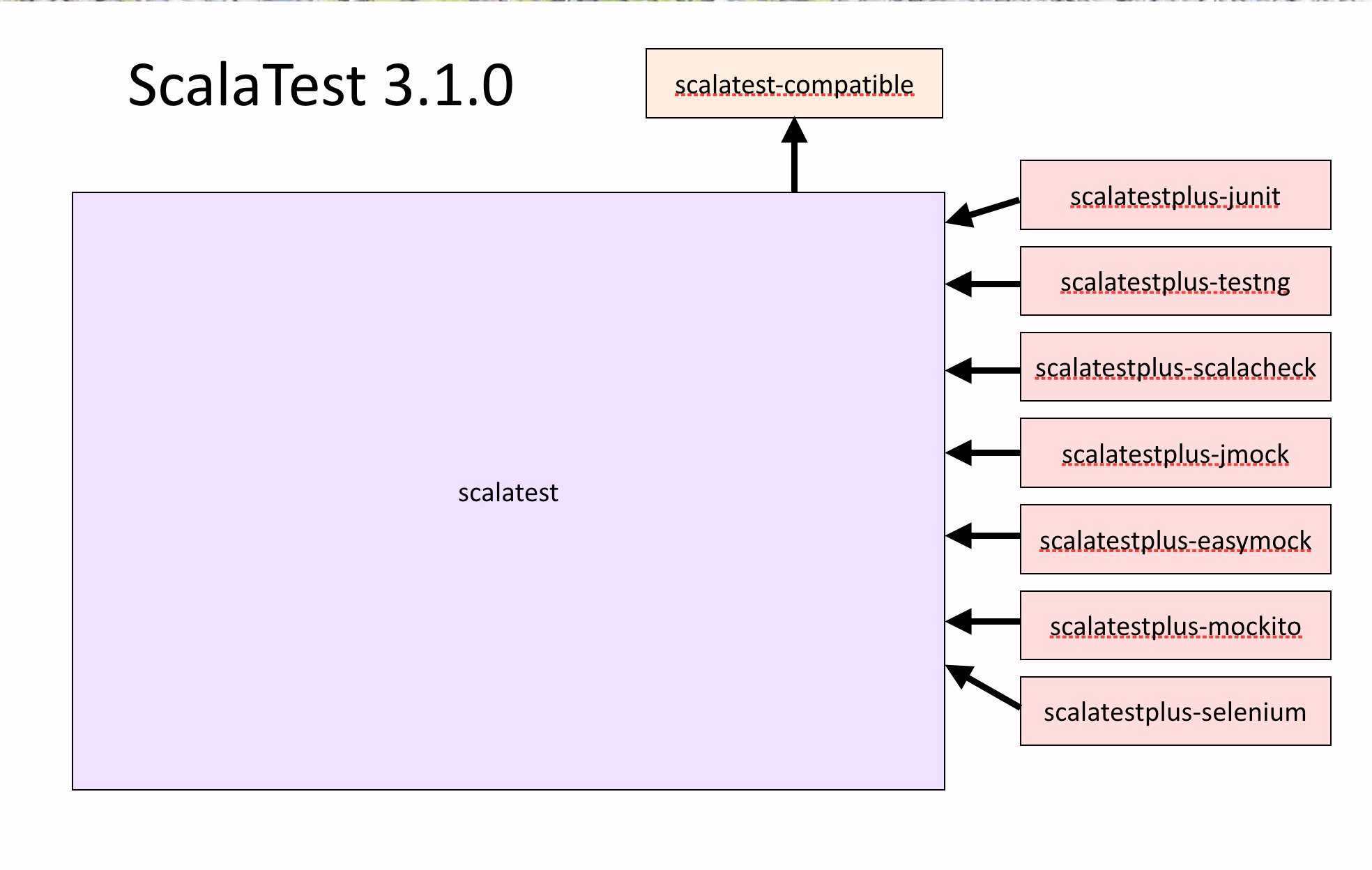 In 3.2.0, we modularized ScalaTest further into the organization shown in the following diagram: 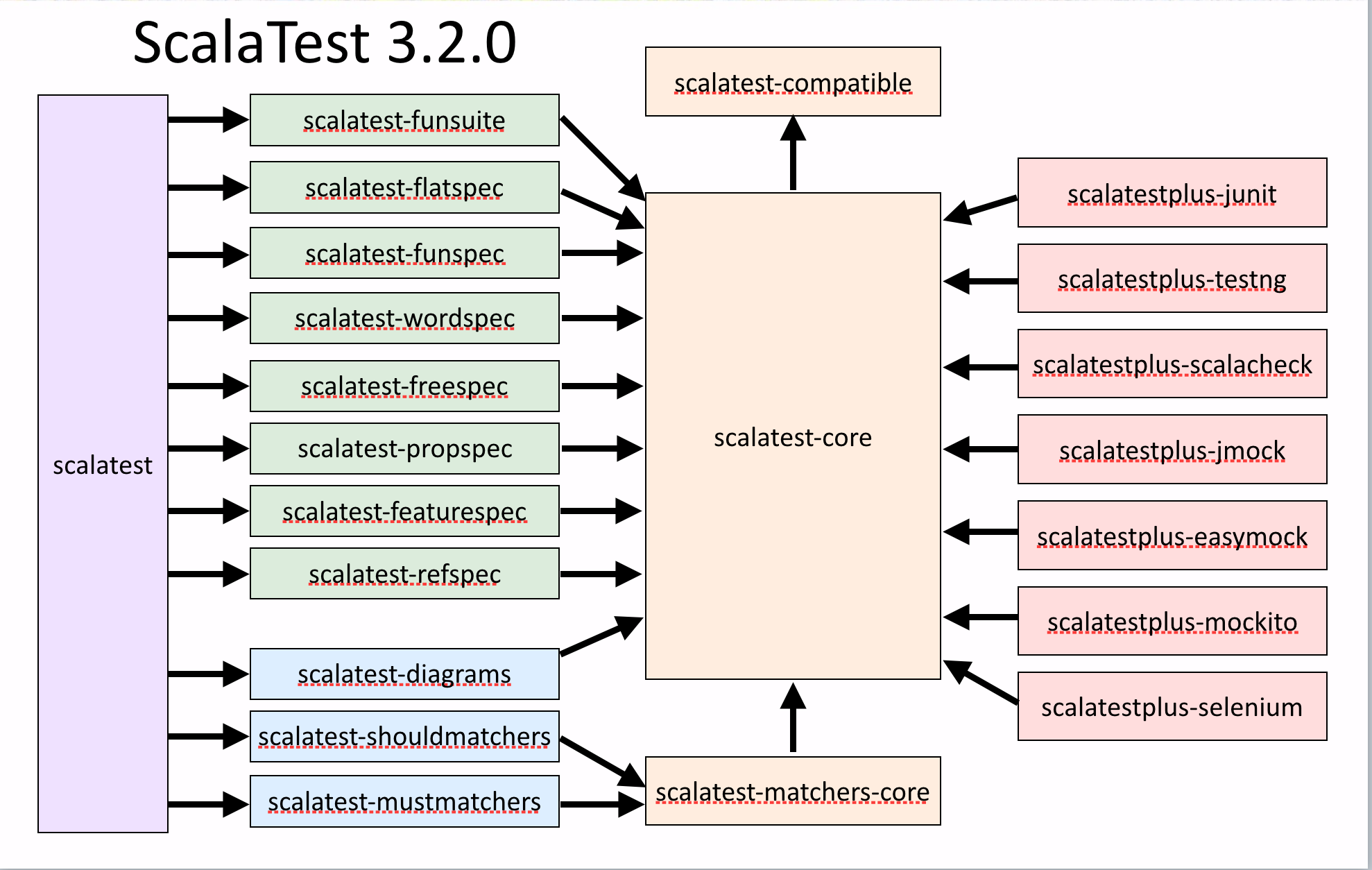 As the diagram illustrates, the scalatest artifact is now composed of more sub-artifacts than in 3.1.0. Nevertheless, through its transitive dependencies, it still contains all the same software as it did in 3.1.0, except for the deprecation expirations described below. As an example, this is how you add full ScalaTest 3.2.0 to an sbt build:

Alternatively, as of 3.2.0 you can depend on a smaller subset of full ScalaTest, which can help you achieve consistent style choices among team members, because only the modules you add to your build will be available to the project. First, each ScalaTest style now has its own artifact. For example, the FunSuite style is distributed in the scalatest-funsuite artifact. Here's how you would add this module to an sbt build:

This dependency would enable you to use just ScalaTest's FunSuite style in your project, with ScalaTest's default assertions. You would not be able to use any other ScalaTest style, matchers, or diagrammed assertions, unless you added more dependencies. For example, if you wanted to use the FunSuite style with must matchers, you could add the following to an sbt build:

The style trait modules are given in the following table.

The assertion modules are given in the following table.

Thanks to the contributors for the ScalaTest/Scalactic 3.2.0 release:

ScalaTest is brought to you by Bill Venners and Artima.
ScalaTest is free, open-source software released under the Apache 2.0 license.

If your company loves ScalaTest, please consider sponsoring the project.